…or why I had to blow-dry my panties today and Melissa McCarthy is to blame.

It’s been one of those days, weeks, post-election-induced, hysteria-flavored time loops popularized by Star Trek. I desperately need an infusion of comedy just to get me through it all. I inhale Daily Show satires and find a few chuckles; however, the news imparted in each segment is like getting a small dose of the poison along with the cure. At this rate, I’ll have a rictus grin plastered on my face when my corpse is discovered with the remote clutched in one hand and the tv blaring Comedy Central in the back ground futilely trying to revive me.*

Then, today, the Senate confirmed Betsy DeVos as Secretary of Education.

This calls for an emergency humor injection. STAT!

I double-down on YouTube videos in order to recover from a suck-hole sized depression. Also, to silence a new, sounds-reasonable-to-me voice inside my head suggesting lunatic-fringe ideas involving pyrotechnics and a growing desire to vindicate Guy Fawkes—a man ahead of his time.

Since Orange is definitely NOT my new Black, I turn to the internet. Some videos on the world-wide web have the ability to bring one out of oneself. Wayyyy out. Maybe too far out. I found not one but two such kidney-drenching gems—both starring Melissa McCarthy. They are my gift to you. But first, I advise you go to the bathroom.***

Her ability to make me to laugh about Sean Spicer alone would be reason enough to nominate Melissa McCarthy for our Secretary of Defense Against Humorless Morons. But then, there is this gem of slapstick comedy captured in a Kia commercial. Again, if you have not gone to the toilet yet…I strongly urge…oh, never mind. Roll it…

Luckily, I am within hobbling distance of my bathroom. Unluckily, I had a giant Coca-Cola for lunch. I almost make it.

I fumble with my drawers, alternately peeing and trying not to drop my cellphone into the toilet. I watch this ad three times perched on the porcelain throne—just to make sure I’m done with the belly-laughing pressure wash.

This is how I come to be standing in my bathroom, trying very hard not to tinkle, while holding an electrified device pointed at my crotch. It is kind of tricky blow-drying your panties while wearing them. Don’t worry though–I didn’t burn anything. I wisely kept my knickers between my knees while blasting them on the extremely high setting. Vaporized urine smells exactly like you think it would.

Sadly, this is not the first pair of underwear to be sacrificed in the name of a good laugh…nor, apparently…is it to be the only pair of the day. The second time, however, it isn’t my pair of undies that pay the price. It is totally my fault though.

Earlier this afternoon, I’m skyping with a friend and she asks me if my kid is in a safe place. This is how I replied:

Me: “Oh, he’s in the basement, there’s no stove or refrigerator there, so can’t get up to too much trouble.”

I actually said those words.

Either he heard me or the universe did. What happens next proves that, somewhere in the cosmos, someone has an ear for hubris…and knows the rule of three.

I’m glutting myself on kitten and baby elephant videos—emotionally stabilizing without the bladder-related side effects—when I realize it’s time to get my son ready for bed.

“What the…? Why does the basement smell like burning plastic, oh demon seed of mine?”

I race downstairs to find that, unbeknownst to me, my son has managed to sneak the bread machine out of the locked laundry room. Fortunately, he only got as far as overheating the Teflon—which probably will stunt his growth, but won’t actually kill him.

Then I discover this:

I’m not entirely sure what he thought he was going to make with the shredded scraps of underwear and an overheated bread machine…but sometimes, I’m sort of glad I can’t ask.

At least we can all enjoy a New McCarthy Era to help us through the days of ignorance, intolerance, and idiocy ahead…for as long as our underwear holds out!

*Coroner’s report will read, cause of death: laugh track fade to black

**For Unlawful Cessation of Knowledge

***You were warned. Do not send me any invoices for laundering your lingerie.

12 thoughts on “Underwear Blow-Out – Everything Must Go” 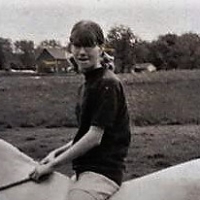 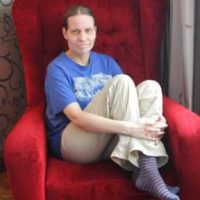