Instead of sitting to write my manifesto novel for Nanowrimo, I have been looking at old photos on my laptop. I’m calling it ‘organizing’ them, but what I am really doing is procrastinating wallowing in nostalgia. Some photos are incomprehensible. Why for example did I need to take a picture of my son’s gloves with his library book? Possibly for later identification when one or both got lost? The majority of the pictures, however, besides capturing the whimsical or inconsequential impulses of a shutter bug, seems to feed an insatiable need to record the best moments of life: the trips taken, the milestones celebrated and the triumphs achieved. The purpose of photographic evidence stems from a need to document a life well-lived. But what if it is an illusion? What then?

I have been that relative. You know the one. The person who carried a camera to all family events, insisting on posing people or worse, snapping natural pictures of people unawares with their mouths open shoving a too-big piece of cake into their pie cake-holes. We are a much-reviled breed of enthusiasts* With the advent of digital cameras and cell-phone pics, we are much harder to spot. In fact, we may now outnumber those irritating people who hate getting their picture taken. Take that you privacy freaks.

What is the source of our obsession? Why do people like me seek to pin the memory to paper? To alter and revise our lives to show only the best? Perhaps, because joy is fleeting, it needs to be recorded so that we know it is possible. That, if after enough time passes, we can believe that we were happy. We are the Kodachrome revisionists—there is no negative we cannot develop into a positive.

I have boxes of pictures that never see the light of day—and probably close to a million pictures stored on my computer of people and places that I have long forgotten except when I run across them. Much like an amateur archeologist discovering a lost civilization, I am forced to sift and wonder who these people are and why they were significant enough to retain forever housed in my limitless archives?

Following my father’s death, I revisited our mangled childhood photos that, as children, we were apparently inspired to embellish like budding, drunk Picassos. Laden with scratches and ball-point ink pen marks, these images inspire a never-before-awakened fastidiousness in me, compelling immediate photo-shopping. (There had to be a reason I stayed up until 5:00 a.m. manically scanning and airbrushing the evidence of our crimes.)** As if I could improve on life by erasing anything that suggests it was anything but perfect. This definitely falls in the category of a bit barmy, but with as few childhood photos as my mother managed to retain despite the depredation of bored children with scissors and belatedly developed film that all came out pink, I feel it my calling to save as many of these silly moments for posterity.

So I will share with you my imperfect life. The moments where I was less than beautiful and the bizarre revelations of the hidden-camera approach to self-awareness. And perhaps, in acknowledging my flaws and letting go of perfection, I can appreciate the imperfect memories that happen when I put the camera down.

*Besides the term ‘Paparazzi’ there has to be a word connoting a group of photographers! ‘Flashers’ seems to already be taken, and while ‘Soul Snatchers’ has a nice ring to it—it might get shortened to ‘Snatcher’ I don’t think it will catch on.

11 thoughts on “Proof of Happiness” 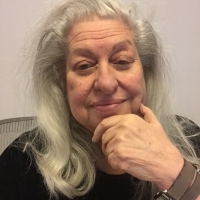